How to Say “Girlfriend” in Korean – What is yeoja chingu?

Knowing how to say “girlfriend” in Korean will be a huge help if you’re living in Korea, visiting Korea, or learning Korean. 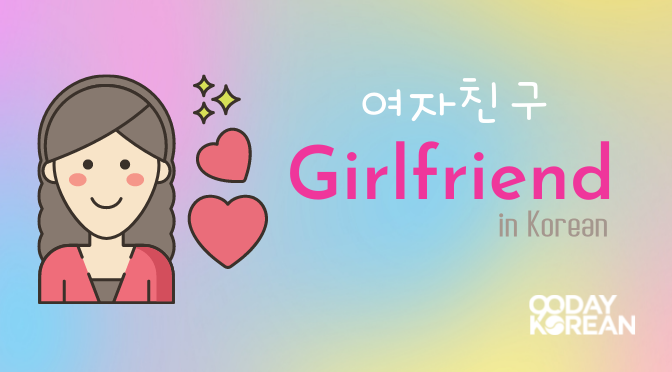 Knowing how to say “girlfriend” in Korean will help you a lot when talking about love, relationships, or just Korean culture in general.

It can also help you let people know that you want a girlfriend, which could lead to those people helping you find the perfect woman.

We’ll catch you up to speed on what you need to know! Let’s get to it.

The word for “girlfriend” in Korean is 여자친구 (yeojachingu). It is sometimes romanized as “yeoja chingu”.

Like English, 여자친구 (yeojachingu) in Korean should generally only be used to refer to your partner.

It is made up of two words: the word 여자 (yeoja) and 친구 (chingu).

The word 여자 (yeoja) means “woman” in Korean. It can also mean female or lady.

The word 친구 (chingu) is a term used to call a “friend” in Korean.

Combine 여자 (yeoja) and 친구 (chingu) together and you get the Korean word for girlfriend, 여자친구 (yeojachingu)!

There are many simple words like these that you should learn first. You’ll likely hear them often, which can make them easy to remember.

여친 (yeochin) is the shortened version of “girlfriend” in Korean. It’s similar to saying GF.

Words are sometimes shortened in Korean, especially if they are four or more syllables long. The regular way of shortening a word is to take the first syllable from each component word.

Shortening words is a useful skill to learn if you want to improve your Korean as many Korean words are formed in this way.

“Girlfriend” in Korean: Limits on Use

In Korean, 여자친구 (yeojachingu)  should only be used to refer to your romantic partner.  You should use a different word if you want to talk about a friend who is a female.

Here is a list of other affectionate words you could use with your significant other. 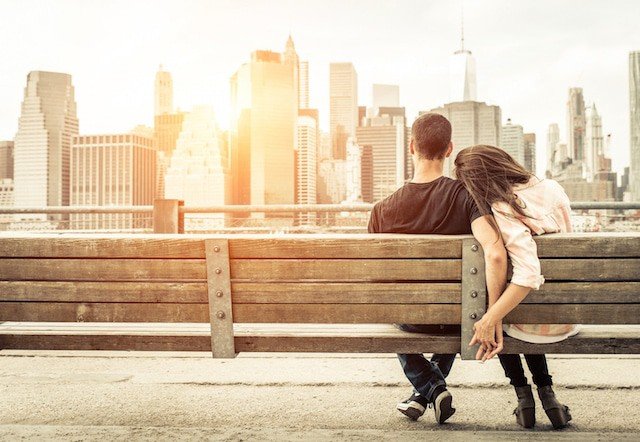 One phrase that you could use is 여성 친구 (yeoseong chingu) which literally means “female friend.” The word 여성 ( yeosjeong) means “female.”

“Partner” in Korean can be 배우자 (baeuja),  which is a common word for married couples.

Another word for “partner” in Korean is 반려자(ballyeoja) which can be used for unmarried couples. For example, you can say 인생의 반려자 (insaengui ballyeoja) which could mean life partner or a partner in life.

Be Careful When Using Romanization

Romanization can help you when you start off learning Korean, but it can also cause difficulties and confusion. For example, when you read the letters “eo”, then this could mean 어 (eo), or it could mean 에오 (eo).

The best way to avoid any pronunciation mistakes is to learn Hangeul, the Korean alphabet. Learning Hangeul is easy; the basics can be learned in no time at all. However, once you have learned it, you will be able to learn Korean a lot faster, and your pronunciation will also improve.

Here are some sample sentences that you use

Do you have a girlfriend?

I want to be your girlfriend.

* 당신 (dangsin) means “you”; instead of using this word, you should replace it with the person’s name.

I have a girlfriend.

Do you have a girlfriend?

I want to be your girlfriend. 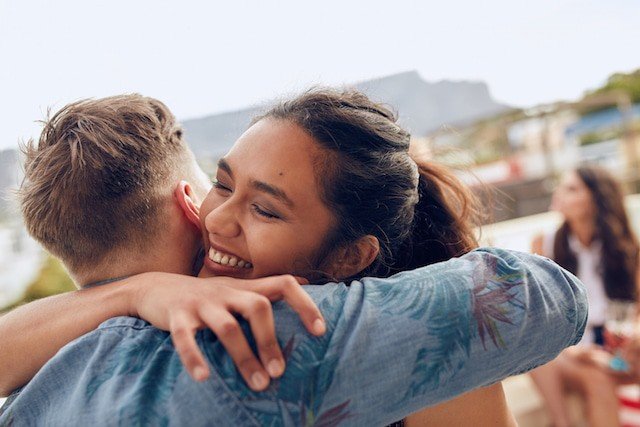 After reading this article, you should know how to say Girlfriend in Korean.

Hopefully, you can use this new vocabulary word in a practical sense.

Next stop, let’s learn how to say boyfriend in Korean!

Do you want more Korean lessons? Check out our structured online course that will get you having 3-minute conversations in Korean in the first 90 days!

2 replies to "How to Say “Girlfriend” in Korean – What is yeoja chingu?"