How to Say “Friend” in Korean – The meaning of 친구 (chingu)

One of the best parts of learning a new language is all the new friends that you can make. Therefore, it’s an excellent idea to know how to say “friend” in Korean! Once you know this word, you will be able to start talking about your friends in Korean. 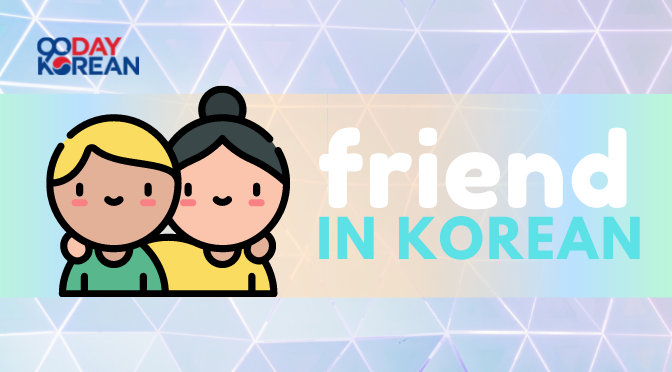 Let’s talk about how to say the word “friend” in Korean.

The word for “friend” in Korean is 친구 (chingu). You will hear this word a lot when you are in South Korea. You might have also heard it a lot in Korean dramas or Korean movies. You can also watch Chingu (Korean movie) to help you learn more about this word.

How to spell “friend” in Korean

To correctly spell the Korean word for “friend,” it’s best to familiarize yourself with the Korean alphabet. Here’s how you can spell the word “chingu:”

Below are the consonants and vowels used in the word “chingu” with their closest sound approximation in English. It’s also beneficial to practice writing this word with the right stroke order early on.

How to pronounce “friend” in Korean

Now that you how to spell “friend” in Korean, let’s now listen to how its correct pronunciation. The audio below can teach you how:

The Korean word 친구 (chingu) translates to “friend” but usage is a little bit different in Korean than it is in English. This is because Koreans generally only use the word for people of the same age or to refer to their close friends.

The word 친구 (chingu) is quite easy to remember. You can imagine the first part “chin” as your chin, and the second part “gu” as some goo. If you had some goo on your chin, then wouldn’t your friend let you know?

British readers can also remember the word by imagining the cute penguin from the TV show “pingu”. Everybody wants Pingu to be their “chingu”. 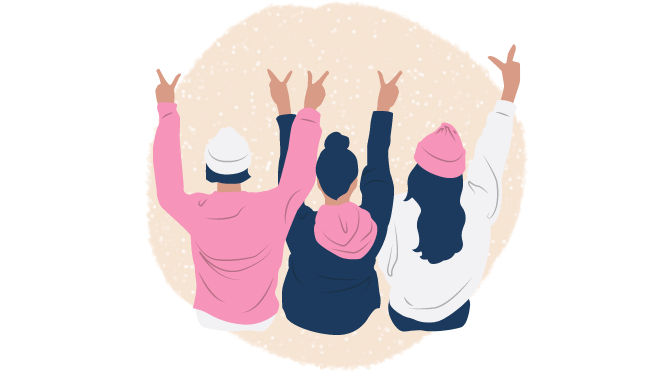 If somebody is older or younger than you, then they are often referred to as “older brother” or “younger brother”. As a result, the Korean words below can also be used to mean “friend” in certain situations whether you’re speaking to your female or male friend:

Another word for “friend” in Korean

Apart from 친구 (chingu), you might have also heard of other similar terms when someone is referring to a friend in Korean.

Below is another Korean term related to “friend.”

Another word for best friend in Korean is 절친 (jeolchin), shortened from 절친한 친구 (jeolchinhan chingu) which translates to “great friend.”

Unlike in English, 친구 (chingu) can’t be used as a blanket term for relationships or friendships. The Korean word for “relationship” is 관계 (gwangye).

Below are some words that refer to different relationships that we have with people around us. We also have a more extensive list of terms and honorifics that you’ll likely hear in South Korea.

The Korean word for friendship is 우정 (ujeong). You’ll be able to appreciate this term more once you’ve met Korean friends of your own.

When you know someone but you’re not exactly friends yet, you can refer to them as 아는 사람 (aneun saram). This translates to “a person I know” which can refer to an acquaintance in English. If you meet someone so often, why not introduce yourself to them? Perhaps you’ll gain one more chingu!

If you already have a job, you can refer to your co-workers or colleagues as 동료 (dongnyo) in Korean.

On the other hand, if you’re still going to school, then you can call a classmate 반 친구 (ban chingu). If you’re referring to several of them, the word for classmates in Korean is 반 친구들 (ban chingudeul). Our article called School in Korean also provides other similar terms related to school.

Other uses of “friend” in Korean

While the word 친구 (chingu) only means “friend” in Korean, it is also the building block of the words “boyfriend” and “girlfriend”.

If you want to say “boyfriend” in Korean, you can add the word 남자 (namja) to the word 친구 (chingu) to make the word 남자친구 (namjachingu).

If you want to say “girlfriend” in Korean, you can add the word 여자 (yeoja) to the word 친구 (chingu) to make the word 여자친구 (yeojachingu). 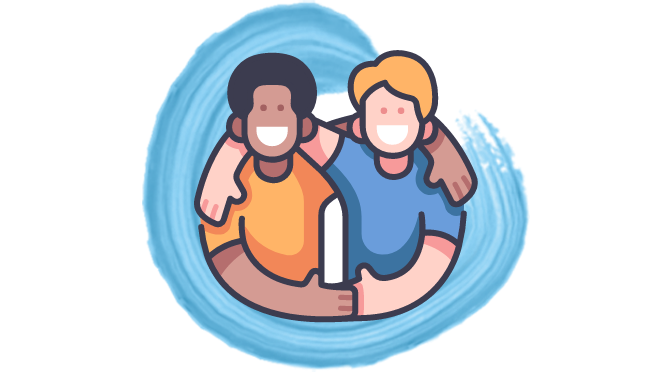 He’s a friend of a friend.

I thought we were friends.

깐부 (gganbu) is a word that has quite a number of meanings in English. It might be a popular word to many foreigners as it was used in the popular Netflix series “Squid game,” but it isn’t common among Koreans. This word isn’t listed in Korean dictionaries either.

깐부 (gganbu) can be considered an old slang that means “close friend,” “comrade,” or “partner.”

In the 6th episode of the series Squid Game, this was defined as a neighborhood friend who you share your marbles, ddakji, and everything with.

A Word of Caution About Romanized Korean

Using romanized words can be a useful way to pick up a few Korean words. However, it is far easier to memorize words and speak in a way that can be understood if you take the time to learn Hangul, the Korean alphabet. Understanding Hangul can help you notice grammar points and articles and separate these from vocabulary, making it easier to learn both.

Do you also have Korean friends? Talking to them will become much easier when you learn Korean. We have a structured online course that can help you have a 3-minute conversation in Korean in just 90 days! Sounds interesting, right? Know more about it here.

Now that you know how to say “friend” in Korean, go out there and say hello to some new Korean friends! If you’d like to know more about the Korean language, check out our full write-up.