Do you know any Korean exclamations? To truly impress your Korean friends and new acquaintances, you’ll want to pick up as much of the native way of speaking a language. 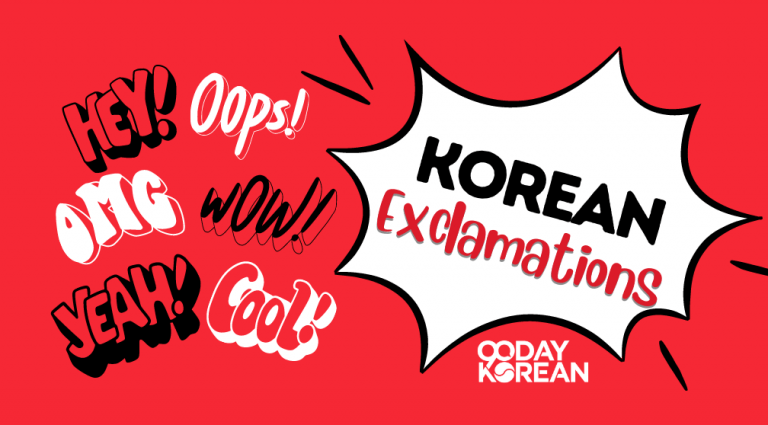 Besides learning the basics and the most valuable phrases and sentences to survive day-to-day situations, you’ll also want to pick up things like Korean slang and Korean exclamations.

What are Korean exclamations?

Korean exclamations are sounds, phrases, or sentences that indicate different feelings and emotions used in Korea. These are typically feeling of excitement, amazement, rage, or a reaction to a mistake, or social blunder, being expressed suddenly, loudly, or strongly. Some common ones in English are “OMG,” “Wow,” “Yay!” or “Oops!” We’ve added some of their examples below.

Why should you learn Korean Korean exclamations?

By learning slang and exclamations in Korean and how to use them, you can have more natural and fun conversations with Koreans, both in person and via text. These expressions are used by almost everybody too!

Even if you are not that fluent in the Korean language yet, you can equip your sentences and reactions with these exclamations. It’s guaranteed to make your Korean sound more natural and smooth. Plus, it’ll make the conversation a lot more interesting and engaging.

Let’s now head on to the list of different exclamation words in Korean!

With the list of exclamation words below, you will learn the most popular and commonly used exclamations in Korea with their pronunciation. You can immediately start using these to wow your Korean friends. Trust us, just drop a couple of 대박s here and 헐s there, and your Korean friends will go crazy with happiness over what you’ve just learned!

As you learn Korean, it’s also best to take note of these expressions. You might have heard some of these in Korean dramas or said by your favorite K-pop idols.

Now that you’re familiar with the commonly used exclamation words, we’ll further discuss what each of them means and how they are used in sentences. Korean exclamations are categorized depending on when they are normally used.

These are the exclamations in Korean that you’ll often hear from someone who is happy or excited.

The exclamation used to mean “Awesome!” or “Epic!” in Korean is 대박 (daebak). It can be used in any scenario where you are amazed and also if you are thinking sort of like, “That’s unbelievable!” because of how awesome something is.

It’s also possible to use even if you’re hearing or experiencing something you do not like, but usually, 대박 is used in positive instances.

A: I got into Yonsei University! 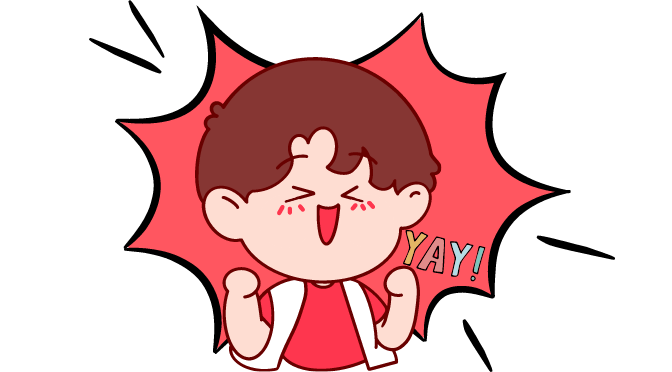 With the exclamation 짱 (jjang), you can show that something is “Awesome” or “Cool.” You can also use it as 짱이야 (jjangiya) or 짱이다 (jjangida), in which case you specifically mean something or someone looks awesome or cool.

A: What did you think of that movie?

B: That movie was awesome!

The exclamation 우와 (uwa) simply translates as “Wow.” It can be used as you would in English.

If someone is shocked or surprised, these Korean expressions are what you will often hear.

There are several ways to express “OMG!” in Korean. We also have a separate article on how to say “oh my god” in Korean. 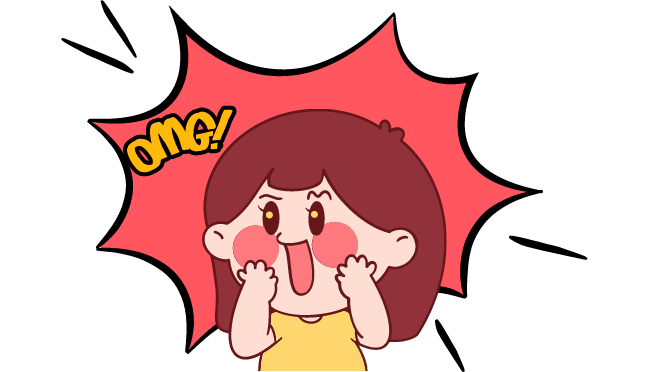 The commonly used exclamation, 헐 (heol), expresses surprise, shock, or even amazement. It works for both positive and negative situations. Perhaps the best way to translate its meaning to English would be “what the…” and “OMG.”

To further explain it, you can use it specifically to show that you’re shocked or amazed by something that happened. For example, if your friend injured themselves by spraining an ankle or if they are telling you a remarkably wild story about something.

A: Ouch! I just spilled hot coffee on my hand.

Another way to say “OMG!” in Korean is 헉 (heok). This is one of the many expressions in the Korean language that can be translated as “OMG” in English and most other languages. Specifically, 헉 (heok) stands for moments where you’d gasp. Below is a sample sentence.

A: OMG! You’re stronger than I thought!

Used by ladies mainly, this is possibly one of the first exclamations in Korean that you’ll come across. It’s used to convey surprise or as a reaction to an unexpected matter otherwise, often in a positive way. For example, you may be reacting to how pretty someone looks in a new dress they bought. You can also use it to mean “Oops!” or “OMG“ in a more shocked expression as well.

Literally, 엄마 (eomma) translates as “mom” in the Korean language, but it’s also used as a slang word to express being shocked, surprised, scared, or alarmed all of a sudden. You can think of it as having a similar meaning to “OMG.”

A: Oh my goodness! You scared me half to death!

Alternatively, you may also hear this in use or use it yourself as 아이고! (aigo!). It’s a similar expression to “Oh my!” in English, although more commonly used by older ladies rather than men or younger folk.

Whether you want to express mild dismay or mild surprise or a reaction to one’s clumsy act or mistake, this can be an appropriate exclamation to use. Below is a sample sentence.

Both 진짜 (jinjja) and 정말 (jeongmal) express “Really?!” and “For real?!” and is another exclamation usually used in situations where you are surprised by something. This is one exclamation that you can also use also with people other than just your closest friends. However, in those cases, you will want to add ~요 to it. Like this, 진짜요? (jinjjayo) and 정말요 (jeongmalyo)?

A: As of today, I have only eaten vegetarian foods for a month.

B: For real?! You used to love eating pork belly every day!

“Aha” or “Alas” in the Korean language can be said as 참 (cham). It can be used in situations where you have just realized something new or are baffled or impressed by something you’ve just learned. Occasionally it may also be used as “By the way.”

A: Alas, I lost my phone yesterday. 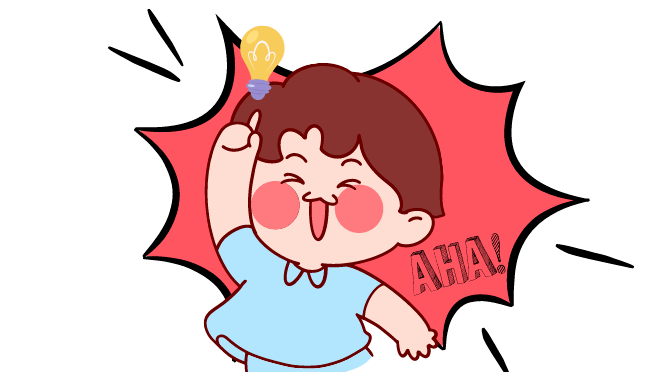 “What did you say?” in Korean

If you specifically want to say “What did you say?” in Korean, you can use the term 뭐라고 (mworago?)

Both 뭐 (mwo) and 뭐라고 (mworago) can be used to convey you did not quite catch what the other person just said. Or alternatively, that you didn’t quite understand why it was said, and it has you surprised or shocked.

A: What? Will you please say that again?

This is essentially a similar expression as 뭐 (mwo) and 뭐라고 (mworago). However, in comparison, it is used less often to show surprise and instead is simply used to exclaim you really did not hear what was said and would like it repeated.

A: What? I do not understand what you’re saying.

The exclamations below express several other emotions when used.

The exclamation 어 (eo) can be used both as an affirmative “yes” or a questioning “huh?”.

A: Huh? What kind of a reply is that?

This exclamation 아 (a) is how your Korean friends will probably convey “Ouch.” You can also use it to mean “By the way.”

The Korean word 그래요 (geuraeyo) translates to“Is that so?”. On occasion, it may be used as an affirmative “Yes” rather than posed as a question.

A: I will confess to that girl today.

B: Is that so? Do you finally have the confidence?

“I see” in Korean

A: I can’t sleep because I had a weird dream.

B: I see. What was the dream about?

“I’m not sure” in Korean

If you are not sure of what the answer to something is, or if you are still trying to think of a response, you can reply with 글쎄 (geulsse) among friends and 글쎄요 (geulsseyo) with someone who is not as close.

A: What time will your brother come home?

B: I’m not really sure about that.

“Don’t be silly” in Korean

The expression 에이 (ei) is used in conversations between close friends. With this, you let them know that you don’t believe something someone is saying. Kind of like you are expressing, “Are you stupid?“ but in a way that means “Don’t be silly.”

For example, in cases where your friend is complaining about having gained weight or looking fat or perhaps where they’re claiming to have done really bad on an exam.

B: Ei~ Don’t be silly; you look really pretty in it.

The exclamation 야! (ya!) can mean “Hey!” or “Oh my!” in English. There may not be any singular meaning behind this expression. Instead, it can be used to exclaim many different moods and reactions. That’s probably why it’s perhaps the most commonly used of all exclamations.

You can convey both affection and anger with it, as well as other feelings. There isn’t really a specific translation for this available.

A: Hey! Be careful; the coffee is hot! 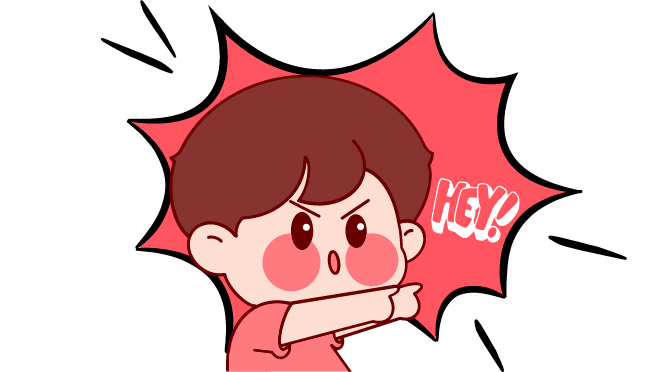 The Korean word for the exclamation “Oh damn!” is 아이씨 (aissi). Although not used much outside of the spoken conversation, this is otherwise one of the most commonly used slang Korean words in the Korean language. It is used when you’re feeling frustrated. It’s kind of like a swear word without actually being one.

A: Oh damn… Really… Stop acting like a fool now!

Wow! Now you’ve learned some commonly used Korean exclamations that will make you a really popular conversation partner with your Korean friends. They won’t be able to believe how well you know these types of Korean words!

How many of these did you already know, and which will be your favorite one to use? Let us know below in the comments! And if you’re not quite yet done learning Korean today, check out our Korean nouns article next.